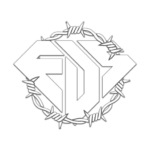 Los Angeles, CA – November 18th, 2022, Formed and fronted by Franccesca De Struct in 2018, FDS (also known as Fate DeStroyed) has emerged after a re-branding with a fierce new take on the metal status quo.

Partnering up with industry hard-hitters like Morgoth Beatz (best known for his work with Polyphia, MGK, Juice WRLD, Bones, and Scarlxrd) and Nick Scott (best known for his work with I See Stars, Attila, Asking Alexandria, and Crown The Empire), Franccesca De Struct and FDS have unleashed 47 on the world, and put the metal scene on notice – times are changing, and this down-tuned, trap-inspired track (complete with a ruthless metalcore breakdown) is a prime example that genre-blending is the way of the future.

With a crusade to establish themselves on the metal festival circuit ( including appearances at Blue Ridge Rock Festival, Inkcarceration, Rebel Rock, Metal in the Mountains, and more) FDS is challenging the industry standard by proving that independent artists can find a meaningful foothold in a genre dominated by record label giants, and they are staking a claim at the forefront of the trapmetal movement.

Taking pages from the recent numetal revival, FDS flips the script by leaning heavily into it’s metalcore roots and being uncompromising in its inclusion of trap influences – resulting in a hard-hitting track stacked with 808’s, trap beats, and relentless down-tuned breakdowns.

47 release comes complete with a gritty, cinematic video directed by Babyflex Films, in which the audience is taken from a run-down trap house, through a kidnapping, a brutal interrogation, and an ending that feels as uncomfortable and brutal as frontwoman Franccesca De Struct’s gutterals.

The track pulls no punches, and neither does FDS. Of the track, Franccesca De Struct states,

“47 is my vision of the future of metal. It’s about metamorphosis, both for me, for our project, and for metal as a whole. Genre boundaries don’t exist anymore – and 47 is my tiny contribution to keeping the spirit of breaking those rules alive”

You can check out 47 on all major streaming platforms and keep an eye out for FDS who promises a 2023 full of collaborations that continue to push the envelope of metalcore.

Los Angeles-based FDS has established its presence in the US festival scene with appearances at some of the nation’s biggest gatherings including Blueridge Rock Festival, Rebel Rock, Metal In the Mountains, and lnkcarcertaion.

The rise for this emerging group has been rapid – their debut single & accompanying video “Break Free” premiered in 2018 on Alternative Press and graced some of Spotify’s largest curated playlists. Since their debut release, the group has showcased a full-length album (Within These Walls 2020) and an EP (Two Toned Hearts 2021) which have accumulated over 3.6 Million streams on Spotify alone, and tens of thousands of avid fans across social media.

The group debuted their trap-infused take on traditional metal “Death Signs” via Knottfest in 2021, and since then the band has completed multiple national tours (including their first co-headlining tour in the spring of 2022).

With ongoing collaborations with industry staples, the group’s reach across the scene continues to grow, and they are quickly becoming a notable member of the newly forged trapcore genre